Maybe this early on in the life of Talk Sweet to Me I shouldn’t show you how cake-crazy and obsessed with perfection I am, but you’ll probably get that idea eventually anyway. For the past several months I’ve been sharing bits and pieces from my old blog which chronicled my start in the cake business. This post is one of my favorites.

“Cake Recipe Testing” was written shortly after I returned to the United States from Australia to show what I did to develop my go-to cake recipes. I hate to admit this, but on the very first order that I completed on my own, I was devastated when the customer complained that the cake was very dry and fell apart. It was the birthday cake recipe that was used in my family for years! That feedback inspired this frantic quest to find the best cake recipes EVER. Was I glad I did it? Yes…I developed a library of recipes I could count on again and again. Would I ever want to do it again? Heck, no. It was a lot of work!

Hope you’ll enjoy this blast from the past!

Over the past month and a half, I have been doing a bit of baking. By a bit, I mean that I tried 47 different cake recipes in order to narrow it down to fifteen that I can count on to be fabulous. It was tiring, it was messy, it was expensive, it was crazy, and it was worth it.

Do you know the looks you get when you walk into the grocery store and buy 4 packages of 18 eggs each, multiple large bags of flour and sugar, at least six pounds of butter, and mounds of (expensive!) chocolate bars? I got all of those when I went to pick up the ingredients. 75 eggs!

I wanted to wear a sign on my forehead that said “I’m not eating all of this by myself,” (or maybe it would have been funnier if it said I was eating all of it myself!) but it turned out to be a good conversation starter. The guy who rang me up at the checkout counter asked me if there were real carrots in carrot cake. Seriously…

On Thursday afternoon I started making the box mix cakes. It is so easy…

The first cake testing was held on Saturday, and I figured if there were any cakes that could withstand a couple days of being wrapped with plastic wrap, it would be the unnaturally moist, preservative-filled box mix cakes. Should I tell you how I really feel about box mix cakes??

And that’s not even half of what was made for the first tasting…I spent the next two days, right up to the 2pm tasting, making the rest of the cake. Luckily, my friend Kate, who also bakes and decorates cakes, was my accomplice in these extreme cake endeavors. She did everything from gathering supplies (who knew it would be next-to-impossible to find crème fraiche in Iowa?), to helping with the baking, to cutting the cakes and preparing for the tastings. It is great to know someone who is not only fun to hang out with, but who is also as obsessed with cake as I am. Here she is preparing for the first tasting:

Two friends of mine offered to host the tastings at their homes. The first tasting at Sarah and Dan’s house consisted of 26 different kinds of cake, some from a mix and some from scratch. Each of the mix cakes were paired with their corresponding from-scratch cake for the tasting for the ultimate in taste-testing analysis potential.

We learned from this tasting that 26 cakes, even when just trying a bite or two of each, was waaaayyyy too much cake and most tasters wanted nothing to do with cake for the next three weeks. No one should ever hate cake, and I think some of them did by the time we were finished.

That is why the second tasting at Katie and Kyle’s house had “just” 15 different cakes. Even fifteen different kinds of cake was pushing it for a few. But they were brave, soldiering on through the feelings of full-ness and sugar saturation. 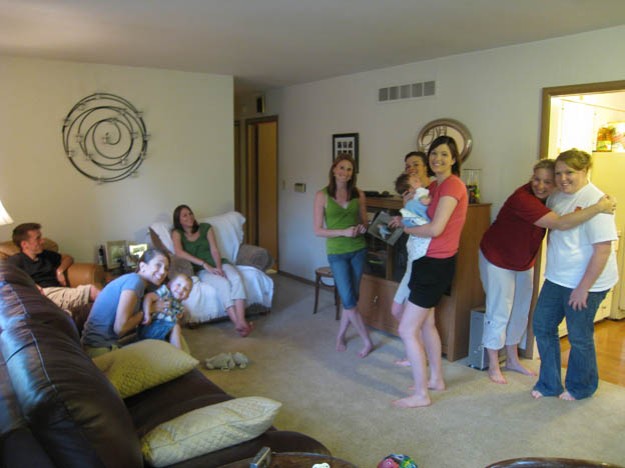 To keep the tasting anonymous, I gave cakes different names and didn’t tell the tasters whether it was from scratch or from a mix. My scientific background finally came in handy with research methods!

For each kind of cake they tried, the tasters filled out a form that ranked the taste/flavor, texture, moisture, appearance, and perception of overall quality of the cake…and they also had to guess whether the cake was from a mix or from scratch. I realize this was just *slightly* over-the-top and I may have looked like a cake-obsessed fool with too much time on my hands, but in the end it was really, really helpful.

From compiling the surveys, I found that most people can taste a cake mix accurately…but that doesn’t necessarily mean they don’t like it. I also concluded that there is no way I can use a boxed mix for my cakes. They are easy and inexpensive, but…for me they are cheating. And my tasters said that if a person is going to pay for a cake, they want to feel like they couldn’t have gone to the store and whipped it up out of a box themselves. Quite right. That is why I did all of this ridiculous work.

I am going to go rest now.

When I look back at this, I’m fairly certain I’d do things differently this time around to develop recipes, but I still find this posting too hilarious to not share. One of the people who commented on this posting way-back-when said she concentrated on finding just one good recipe at a time and gathered smaller groups of friends to taste-test…a good vanilla recipe first, then a good chocolate, then red velvet, etc. It’s a great excuse to get friends together, and if you do one flavor at a time people might even go back for seconds of their favorite recipe, which is sometimes even more telling!

So…has anyone else out there done something similarly crazy? How did you come up with your go-to recipes? Please share your adventures with me in the comments! 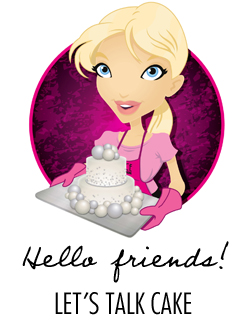